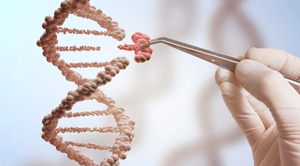 Genetic research can identify the effects of the drug on a blood pressure patient. The advancements in technology and research these days have been a boon in identifying the right medicine for the right patient.

FREMONT, CA- According to research, it is found that around 874 million adults worldwide have hypertension, which is often referred to as a silent killer because of its behavior of not showing symptoms. It is usually treated through lifestyle changes, diet changes, physical activities, and medications. Treatment via drugs is highly essential in reducing high blood pressure. Identifying the right drug for the right patient has become more difficult with the availability of more drugs in the market.

Researchers may have discovered a tool to assist in refining the search to discover the best match for each patient and predict the blood pressure drug's efficacy and side effects. No more medication is needed to be taken by patients, but genetics are used to see if they will respond to certain drugs.

In a new study published in the American Heart Association Journal named Circulation, researchers have studied a big database of genes to create proteins directions targeted by three widely used hypertension medications namely ACE inhibitors, beta-blockers, and calcium channel blockers. The genes were then studied to see the positive and negative effects of the drug.

Effects on Calcium Channel Blockers by the drug:

The genetic variants which were targeted by calcium channel blockers show a possible side effect that was previously not reported. They were specifically related to the disease called diverticulosis in which tiny pouches grow along the large intestinal walls. This condition is not related to hypertension but it is a novel insight generated by the research.

Ace inhibitors and beta-blockers didn’t report any unknown side effects.

How Drugs Affect the Body?

In another study, gene samples were taken into account to know about the association between calcium channel blockers and diverticulosis. Since most high blood pressure medications are tested for a comparatively brief period of time in elderly or high-risk populations, the tests rarely show side effects unless they are instantly apparent. In this study, it was found that there is no obvious connection between calcium channel blockers and diverticulosis.

The study has revealed some dangerous side effects of the drug, but the results are not yet proven fully. The medications are very powerful and without proper research, it should not be prescribed to the patients of hypertension. With the help of genetic trails, the effects of these drugs can be identified in less time, providing the proper results.

The concept of using genetic variations that imitate the impacts of drugs in order to gain a stronger feeling of whether the drugs will be efficient and secure before they are used by humans will be a significant component of drug development in the future.