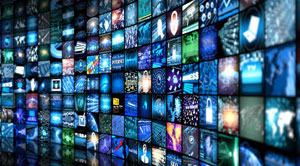 A fresh wave of emerging technologies is transforming the way the media and entertainment sector, the initial port of call for breaking news and stories, gathers and delivers content.

FREMONT, CA: Technological advancements are leaving a significant impact on the media and entertainment industry in many ways. Content creation, distribution impact independent films, and episodic series. With streaming, there has been a tectonic variation in the way independent projects are funded, especially in the presale of international rights on those projects. This was sparked initially by the emergence of online streaming video-based services that was rapidly followed by other streaming services. These streaming services have required rights for all territories throughout the world, typically for a flat fee, with no back-end compensation. This kind of arrangement is beneficial for independent film producers. It bypasses the necessity of having to pay for a theatrical release as it is unnecessary to scramble for the print and advertising funds that need to support a theatrical release. These arrangements are for global distribution, which is again, great for an independent producer as the projects can be accessed by anyone who has availed the streaming services.

One of the consequences of this approach is that there’s not much financial upside for the independent producer. The expansion of virtual multichannel video programming distributors gives aggregated content over the internet compared to conventional MVPDs. There are several major MVPDs that offer live streaming with content that is much the same as major broadcast and cable channels. With the lowering of cost and smaller packages of channels, services are moving the market in several ways. They are reaching to untapped consumers, who do not have access to cable MVPDs in their area. The MVPDs are also reaching individuals who do have those cable services in their field but are interested in cord-cutting.

The growing concern of the industry in the adoption of immersive VR experiences is delivering content which is attractive to the viewers. The reason why VR is unquestionably recommended is that it puts a new understanding of participation in the minds of viewers. To fix the damaged trust, putting viewers at the core of events gives a feeling of direct engagement with the event. In the M&E world, AR can is used for content delivery. AR is a charm for those who prefer to explore the world and encounter action with AR technology to augment their real-life experiences. This a promising start for the news business as AR is already well accepted by the viewers in the form of motion pictures, television, and apps. The concept is already well-accepted by the audience. The most significant aspect is that the capabilities of AR to augment the relevant elements of the environment while subsiding the unnecessary ones can create engaging and convincing content.

Digital download and streaming service providers need to strategy for the production and licensing of movies and television programs. Digital is modifying every aspect of business for media and entertainment businesses. Content offerings and customer consumption are emerging, and enterprises are challenged to utilize the established accounting standards to their modern business models. Content is a significant driving factor, which draws viewers. With an outburst in content providers and streaming platforms, content owners have to struggle much harder for the consumer’s attention. The winners are the individuals with relevant content, enhanced brand identity, and the ones who adapt to fickle customer demands quicker. The media and entertainment industry never linger in the adoption of innovative technology to reach out to their audiences.