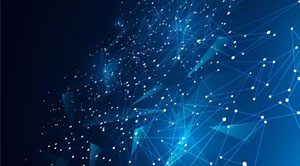 The chief executives of ING Group and BBVA are betting on blockchain technology to revolutionize the global banking industry.

Popularized as the technology that fuelled cryptocurrencies, international lenders were initially skeptical. However, blockchain is proving to be a proficient way of reducing the risk of fraud and achieving broader industry goals of lowering costs and simplifying back-office functions with banks investing millions in developing blockchain applications.

At the Money 2020 fintech conference in Amsterdam, Ralph Hamers, Chief Executive, ING Group made a suggestion. He said that to tap into the potential that blockchain technology holds for the banking industry, the top five or six global banks—keeping a timeframe of five to six years—should collaborate to create a standard which could then be used globally.

In Blockchain technology multiple parties have simultaneous access to a regularly updated ledger which cannot be changed. This feature makes cheating the system by faking transactions, documents, or any information nigh impossible—a departure from the current centralized systems.

Carlos Torres Vila, CEO of BBVA, although cautious, believes in the huge promise that blockchain holds in bringing more secure and efficient processes to the banking industry. On being asked by CNBC whether he was optimistic about blockchain technology making an impact on the banking industry, Torres Vila replied, “I am. I think it does have that promise and I think the timeframe should be right. However, we will see how it develops.”