Rising Security Issues with the Rise in Robotics 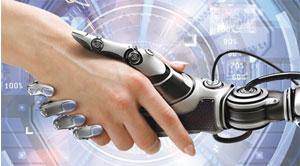 In today’s technology dominated world, any system that is connected to the internet or Bluetooth is susceptible to threats and risks. This ranges from a large machinery at a factory to a small Bluetooth device. The extent to which a threat can harm depends entirely on the device. The nature of the device in question is a major determinant of the consequences of an attack.  With the emerging risks, technology manufacturers need to be cautious in order to prevent such vulnerabilities. This also includes robotics technology.

Most of the robotics developers widely use open source codes that can be beneficial if used in a secure environment, however, in many cases open source codes are shared between developers without adequate security. This type of code-sharing culture in robotics development can lead to extremely vulnerable codes and the effect will be quite similar to the way a virus spreads among humans.

The big concern for developers is to remove this threat. This has a twofold answer. First and the foremost option being developers need to tighten their security measures. One way to do this is to treat computer codes used to develop robotics products with greater care. Another aspect that developers can adopt is to incorporate a tool called Secure Software Development Life Cycle (SSDLC) in the development process to reduce the risk of cyber attack. SSDLC has the potential to mitigate some of the most critical security concerns from the beginning itself.

Apart from developers, users can also protect themselves in several ways. They can avoid purchasing vulnerable devices by doing a thorough research on the products before purchasing.  Additionally, changing passwords and updating software on a timely basis can also help consumers protect their devices by keeping them away from any possible threats. Another precaution consumers can take is by changing the settings on their devices. Many times the default setting might not be best to safeguard them from a hack or a threat.