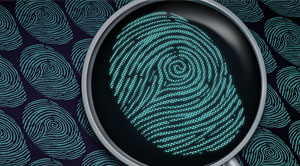 Biometrics has helped businesses serve better through better authentication results. Even though it has the potential to make authentication faster, more comfortable and secure compared to traditional passwords, companies must be attentive about the accumulation of biometric data.

Biometrics is a method of authenticating humans based on their physical and behavioral identifiers. Collecting data such as fingerprint, retinal scan, voice, DNA and converting it into digital format via in-built software are key steps.

Despite the overwhelming rate of adoption of biometrics, it is yet to improve in many areas. Many risk factors are associated with the use of biometric identification at the time of assembling the data.

Risks associated with the storage of biometric data

Data of millions of users which includes their personal details, financial transactions, and passwords is being compromised by increasing numbers of hacking techniques. The potential target of cyber-criminals is the information systems containing a lot of biometric data of employees, customers or citizens.  If cyber-criminals are somehow able to generate pattern out of biometric templates, then users can lose their biometric identity permanently.

Most of the banks and financial institutions are performing their operations with the help of mobile banking apps which can recognize fingerprint or face. Compared to dedicated biometric systems, smartphones employed with biometric recognition technology offer sub-standard security. The sensors used in capturing the data in mobiles cannot accommodate the whole fingertip which leads to partial authentication. The risks which are associated with mobile biometrics can only be tranquilized with continuous research and development.

Every system has its limitations, and biometric identification is not an exception. Despite its risk factors, it is undoubtedly the future of identification and authentication practices. With the improvements in this underlying technology can reduce the current risk factors.