Robotics: Are They Taking Our Jobs? 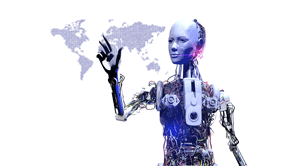 With the increasing automation trends, robots are replacing human jobs. It is has created a gap which innovations can fill and provide a newer set of jobs offset to the advancements. But, are the workers skilled enough, and can they embrace this transition is an unanswered question.

FREMONT, CA: The advancements in technology have continuously been reshaping the way the world is seen with each progressing day. The innovations in AI are changing the mechanisms we use to interact. The technology has not only increased productivity but is also capable of completing tasks successfully without any human touch. According to a study by economists, robots will take over or replace up to 20 million jobs by the year 2030. The prediction is based on the paradigm shift created by the trend of automation in workplace; resulting in an increase of the application of robotics tech by threefold since the last two decades.

Benefits Sponsored by the Robot:

The staffing of robots is cost-effective when compared to the hiring process of human workers. Researchers have predicted that if the same rate of growth continues with robots, the benefits with regard to productivity and economic growth are increased proportionally. The economic growth has increased by 30 percent, and this rate of increase is set to contribute almost 5.3 percent increase in the global GDP. The rise in GDP equates to nearly $4.9 trillion per year to the global economy by the year 2030.

Drawbacks to Look out for:

Despite the economic growth, the inequality in income will rise as more robots replace humans. Jobs will be lost in sectors that rely on specific skilled workers, especially in economies like China. The world’s second-largest economy, which accounts for one in five of the global stocks of robots, will lose around 11 million jobs. In the case of developed countries like the U.S., the number is expected to be 1.2 million.

Is Job Deficit The Next Problem?

The figures extracted from the current reports gives rise to concerns about whether jobs for human will suffice. Although with time, the market has evolved suitable in line with the technological disruptions by creating new jobs. The real challenge lies in ensuring if all the workers possess the appropriate skills to support the transition to a unique variety of roles. There will be enough new jobs created to offset the impact of automation with new inventions and innovations each day.