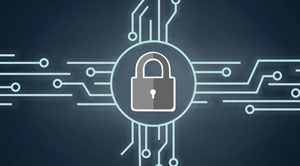 Border security has been a top priority for most countries since the deadly terror strikes such as 9/11 and 26/11 took the world by storm. The border patrol agencies and the coastguards around the world stay on high alert and assess threats from passengers and cargo that enters the country. LineSight software was developed by Unisys, which uses advanced analytics and assesses risks in near real time.

Apart from relying on pattern recognition based on historical data, LineSight assesses risk from initial intent to travel and refines the assessment as current information is available –from a traveler’s visa application to reservation, ticket purchase, seat selection, check-ins and arrivals. LineSight provides similar risk assessment for cargo shipments based on patent forms, customs declaration, or airline bills.

“Once the border agencies rely on patterns to spot and fix border threats, the smugglers and terrorists become smarter on how to avoid the patterns,” says Mark Forman, global head of Unisys Public Sector. “It became clear very recently that statistical methods and analytical tools would be a better approach than trying to consolidate watch lists to find patterns,” adds Forman.

John Kendall, director of border security programs at Unisys says, “Today the approach being used by most border agencies is fairly inaccurate, and they are finding out that up to 90 percent of the travelers that they stop to inspect turn out to be false positives”. He also says that Unisys is trying to get that percentage down by using machine learning and predictive analytics.

LineSight generates risk assessments in less than two seconds by processing multiple high-volume transaction streams which helps the border guards and forces to take faster and quicker decisions while crossing the border. The solution first determines if a shipment or traveler matches any of the watch lists from the US and other global agencies like Interpol. Thereafter, it makes a deep threat assessment by using threat analysis in finding irregularities in the data collected about the cargo or passenger.