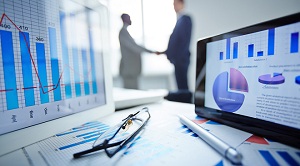 ROCKVILLE, MD: Data analytics solutions provider Ryft, has unveiled the Ryft ONE Cluster, which allows service providers to augment their performance as well as availability features, so as to deliver faster insights. The Ryft ONE Cluster has a hybrid FPGA/x86 compute architecture coupled with a business-centric open API that increases analytical speeds up to 100X and reduces costs by 70 percent.

The cluster helps companies to get rid of their dependence on inefficient and costly server farms by scaling data analysis performance and storage linearly. It accelerates analytics up to 200+ GB/second and simplifies the management of clusters. It can operate either as an individual cluster of Ryft ONEs or in a collective group of an existing Apache Spark or other big data ecosystem.

Furthermore, Ryft ONE leverages the simple cluster WebUI for facilitating transparency into the cluster’s health while providing insights on the operation of the entire system of Ryft ONE nodes. It sustains ultra-fast and ultra-efficient data analytics by regular monitoring along with re-direction of analysis functions away from the redundant nodes. Also, the new cluster has now expanded its customer applications from large web-based apps to lightweight mobile apps, for employing Ryft ONE primitives via a RESTful JSON API.

"Game-changing performance, reliability and efficiency are absolutely vital to service providers that are competing to provide differentiated services to their customers," says Des Wilson, CEO, Ryft. "Ryft's hybrid FPGA/x86 compute engine delivers the highest performance on the market and the ability to easily scale to petabyte levels, dramatically reducing the time, effort and cost of performing data-intensive tasks. Being able to do more with more types of data in a smaller hardware appliance drastically reduces the footprint of the data analytics cluster, which brings significant cost savings and operational improvements at a very competitive time."