Safeguarding the Safeguarders with Blockchain 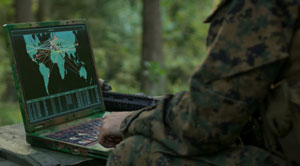 The enigmatic blockchain technology is assisting the army to track bugged messages through the interlinked producer-consumer network effectively.

FREMONT, CA: As data becomes the primary asset of the army, the need for safeguarding the information increases even further. For today's world, the continuous threat of undetected entry haunts the defense systems raising the safety bar of a nation to an alarming level. In order to restrict the unauthorized entries, a highly encrypted firewall system is required.

With the digital initiatives taken by the US Army, the insurgences of emerging technologies engulfed the administrative operations. Filling the working atmosphere with a tremendous amount of data, the innovative developers were compelled to introduce the highly efficient blockchain technology within the security framework.

The plans to monitor consensus algorithms in an intermittent, disconnected, and limited environment can be efficiently achieved with blockchain technology.  Moreover, the blockchain's authentication encryption service leverages various functionalities of the developer's data and makes the system increasingly trustworthy.

North Atlantic Treaty Organization (NATO) and its subsidiary have long been using military-grade blockchain solutions for safeguarding vital information. With the blockchain technology, the steps of military logistics, procurement, and financing are evolving.

Recently, other developing countries are investing in blockchain technology to pilot secretive projects efficiently. Furthermore, blockchain platforms can eliminate illegal alterations in the field of vital environments. Hence, dealing with secure protocols becomes increasing functional with blockchain. Additionally, with the encrypted ledger technology, army officials are having a panoramic overview of any abnormalities during data transmission. Therefore, blockchain technology inevitably holds the potential to reshape the encrypted ecosystem, and the coming years will verify whether this technology needs improvement or not.