Scope of Blockchain in Future 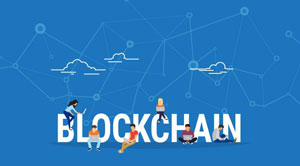 Blockchain technology has already gained enough popularity and is no unknown to tech geeks. Bitcoin is a widely popular application of blockchain technology. This technology is still elusive and nascent, making a robust stand for itself in the market. Many businesses are hesitant to accept it because either of its volatility or lack of concrete plan assuring them ROI. Blockchain is a tool to overcome present-day business problems with capabilities that it holds.

• Decentralization: The key feature of blockchain is it lacks a central hub which disables the ownership and control over data and the blockchain network. This creates an ecosystem of the shared and large volume of data.

• Transparency: The distributed ledger system brings in transparency in the system and data stored in blocks is open for all to view, who are in the blockchain network.

• Cryptography: This provides security to the blockchain data making it a more reliable option for storage.

• Immutability:  Cryptographic security does not mean that nobody can view the data stored in blockchain. It means that it is not possible to modify the data but anybody on the same blockchain network has the access to view it in cryptographic format.

As every technology has its own value for business, blockchain also has few of them. With decentralization and transparency, it is able to eliminate intermediaries and reduces administrative paperwork making the business strategies cost-effective. Distributed ledger has paved the way for new business strategies and revenue models that can be more effective than the past. One such example can be seen in the online gaming industry where developers have started to incorporate blockchain into their products, giving way to interoperability in the industry.

Earlier record-keeping was an issue in remote areas and challenge to main a track of healthcare supply chain with proper validation. Blockchain seems to be a solution such issues with its features. All one need to do is to understand and incorporate this technology wisely into their business models.

Blockchain technology can also be merged with other new age technologies such artificial intelligence, machine learning, robotic process automation and automation which can generate even greater efficiency, automating tasks and supporting humans with complex tasks and operation. The technology is still in its research and development phase above are just a few impacts of it. Applications of it in future will be broader and not restrict to cryptocurrencies and virtual world.