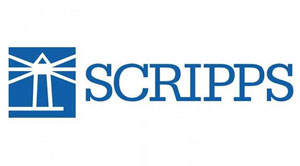 Fremont, CA: Browning is heading the company’s enterprise technology strategy and operations, from April 1st he succeeds Bob Carson, who has retired as CIO as of April 1st.

Browning has held the roles at The EW. Scripps Company and Scripps Networks Interactive (SNI) both as a finance leader,  strategy consultant, procurement officer, and technology executive, therefore he brings along with him a well-rounded background, deep media experience, and a global perspective.

Lisa Knutson, the CFO at Scripps, rightly said in a press release that Pat possesses excellent experience in technology and information systems and also in other parts of the media ecosystem. And as an addition, his knowledge of Scripps is crucial for a company with a long history in the industry and a strong reputation for serving the customers, employees, and other stakeholders. Thus the company is fortunate to have someone of Pat’s caliber to lead Scripps’ technology organization.

From 2008-2019, Browning served in the leadership roles at SNI and then Discovery Inc., after it had acquired SNI in 2018. He was the vice president in the office of CIO and corporate systems for seven years. He then moved up to be senior vice president of the digital business systems and strategy. In that role, Browning built SNI’s global technology and operations strategy, monitored due diligence and integration efforts for acquisitions, and supervised technology cloud migration.

He previously worked at The E.W. Scripps Company as an IT finance director. Browning helped in leading the transition processes in the 2008 spin-off of SNI from Scripps, developing a technology infrastructure and business process operations needed for the entities to operate independently. Browning started his career as a strategy and operations consultant for Deloitte.

Browning secured his bachelor’s degree in management information systems and marketing from the Miami University and an MBA (finance) from Owen Graduate School of Management at Vanderbilt University.