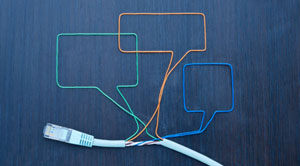 MONTREAL: The Open Network Operating System (ONOS), a Software Defined Networking (SDN) OS had another name added to its list of collaborators as NoviFlow Inc. joined the project. This was publicized in an announcement made by NoviFlow Inc. which is a leading provider of high-performance OpenFlow-based switching solutions.

ONOS is a Linux Foundation Collaborative Project which has been fabricated to provide service providers and mission-critical networks with high availability, scalability, performance, and rich northbound and southbound abstractions. The community of this project includes leading global service providers names such as China Unicom, Verizon, AT&T etc. "By joining the ONOS Project, NoviFlow hopes to advance the SDN and NFV open source movements and to help shape the future of this ecosystem," said Dominique Jodoin, President and CEO, NoviFlow.

NoviFlow, as an ONOS Collaborator will now be driving the advancement of ONOS, and innovating solutions based on ONOS Project to solve the quandaries of developing flexible, scalable, highly available SDN architectures. "NoviFlow is constantly working to bring solutions to market that exploit the full potential of SDN and OpenFlow to solve network problems in innovative new ways,” added Jodoin. The firm will also be contributing to ONOS open source projects to make the state of the art in SDN deployment advance in commercial networks such as CORD, ATRIUM, XOS, etc. "NoviFlow believes in SDN, and we see ONOS as a key enabler of the SDN ecosystem, especially in the carrier and hyper-scale data center spaces. We have also announced our Scale-Out Router solution which uses ONOS as the core controller to implement a fully Scale-Out BGP Router," added Jodoin.

The demonstration of its Scale-Out BGP Router solution will be made by NoviFlow at Mobile World Congress which will be hosted from 22nd February to 25th February, 2016 in Barcelona.