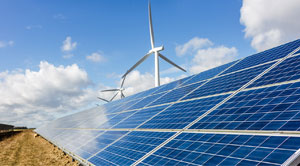 Asia—China, in particular—is leading the race in acquiring resources for consistent supply of raw material for battery production, which has caused nations and organizations to change their strategies. These offshoots can be observed in Europe’s policy shift. Countries such as France, Germany, Spain, Netherlands, Sweden, and Luxembourg have taken significant steps in adopting renewable energy, stationary battery storage, and electric vehicles (EVs). The Europe Vision 2030, with these countries, is aligning their policies to give a big push to their e-automobiles industry. Spain has become the flag bearer in the EU for accelerating the EV 2030. Since Spain is gifted with the Iberian Peninsula which is rich in cobalt, copper, zinc, nickel, gold, and vanadium, it holds the key for integrated production of battery in Europe, in addition to its work for becoming the leader in battery production. Spain has taken significant steps to decarbonize its economy. The nation has laid out a plan to completely adopting renewable energy by 2050.

Spain merits have already attracted multinationals. For instance, Canadian firm Atalaya Mining now owns the Rio Tinto copper mine which is slated to produce approximately 40,000 tonnes of copper ore for 2018. Spain offers a favorable tax code, skilled workforce, and some of the world’s best infrastructure including a transportation network. Spain federal and regional governments are highly supportive of the mining sector.

But, Europe’s renewable energy success depends on integrating the supply chain. Cobalt is essential in the lithium-ion battery; its undistributed supply will determine the market leader in EV battery production in the EU. As a result, EV battery manufacturers are increasingly looking for securing supply chain outside the war trodden Democratic Republic of Congo, and Spain initiative to open its economy for cobalt production comes as a blessing in disguise. In recognition of the importance of the green economy, EU recently added energy metals such as cobalt, graphite, rare earth, and vanadium to its list of critical raw materials, which will boost the confidence of the EV manufacturers in EV 2030.

EU will have to be fast in securing the supply of cobalt in the midst of growth of renewable energy because developing local supplies presents significant opportunities for the resources companies and investors.