Securing Content in Media Sharing and Distribution with Blockchain 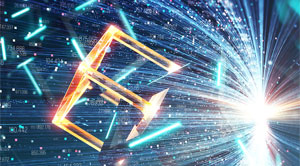 Media and entertainment place a premium on intellectual property protection and monetization. Blockchain has industry-wide applications to revolutionize the way content is developed, consumed, and protected.

FREMONT, CA: Although blockchain is still most associated with cryptocurrencies such as bitcoin, the evolving technology can deliver multifunctional company apps for a variety of sectors. Media and entertainment offer a compelling case of use due to problems that the industry has been facing as content goes digital: the capacity to safeguard and monetize intellectual property. Read on!

As content creators place media behind subscription-based paywalls, consumers who are not willing to pay for a full subscription but who would pay a smaller fee to read a single article or binge, watch a television show season may be lacking out on revenue. Pay-per-use consumption can become viable by using blockchain-powered micropayments. The capacity of blockchain to maintain an extensive record of its information could make it possible to track more accurately when and how copyrighted material is consumed.

The decentralized blockchain structure could allow content creators — such as artists or writers — to distribute their job directly to customers, bypassing traditional channels of distribution and leaving a more significant share of income for content creators themselves. This could have an effect on everyone from big media houses to autonomous bloggers, helping performers establish a direct connection with customers.

As with improved usage monitoring, blockchain could empower other kinds of content owners to maintain better-copyrighted material supervision. File sharing may become a legal practice that can be monetized and monitored.

As blockchain technology matures, managers in the media and entertainment should learn about their business technology and prospective use cases. While the technology is still new, it has industry-wide apps with the capacity to transform how content is produced, consumed, and protected — and it is essential to begin thinking about the potential advantages of deploying blockchain.