Security Concerns of the Modern CIO 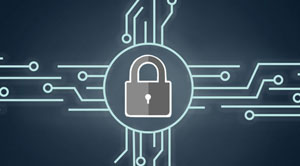 The role of a CIO has tremendously evolved over the last decade. Transitioning from a fundamental responsibility to harness the true potential of IT for supplementing the value of business, the modern CIO also holds the reigns of driving the innovation and the agility for their organization. Along with managing people, processes, and compliances, CIO must develop a keen visibility ofthe security statusof their organization. Though conventionally dealt by CSOs or CISOs, security is also a major concern for a CIO.

Security is no more an operational task that merely included the implementation of firewall, anti-virus software or an IPS. With data becoming an invaluable asset and data breaches becoming significantly prevalent in the internet age, the modern CIOs must now structure a general degree of awareness and competence across the organization. They need to step up to make an impact on driving and enforcing security basics around patching, good firewall management, and training. In order to do so, CIO’s also have to be in sync with the organization’s security expectations while maintaining a strong relationship between CSOs and CISOs.

The most credible way for a CIO to deal with these multiple responsibilities could be by leveraging a service provider who can easily be a force multiplier for both CIO and CSO. This will enable CIOs and their teams to focus on the business and functional requirements while enabling CSOs to define their requirements around encryption and endpoint security. A professional service provider adds a significant amount of value to an organization’s ability to harness value out of new technology that is continuously developed and released.