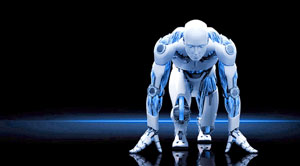 A fleet of miniature robotic cars can improve overall traffic flow by predicting when a vehicle should change lane, alongside, ensuring safety.

FREMONT, CA: According to research from the University of Cambridge, a fleet of driverless cars working together to keep traffic moving smoothly can improve overall traffic flow by at least 35 percent. These researchers programmed a small fleet of miniature robotic cars to drive on a multi-lane track and observed how the traffic flow changed when one of the cars stopped. Cars behind the stopped car had to stop or slow down and wait for a gap in the traffic when the miniature robotic cars were not driving cooperatively. As soon as one car stopped in the inner lane when miniature robotic cars were communicating with each other and driving cooperatively, it sent a signal to all the other cars.

In the same way, when standard human-controlled cars were put under the same circumstances, the results were less aggressive. When the driver was put on the 'road' with the autonomous cars and aggressively moved around the track, the other cars were able to give way to avoid the aggressive driver, improving safety. Autonomous cars will fix a lot of different problems associated with driving in cities, but there needs to be a way for them to work together. If different automotive manufacturers are all developing their autonomous cars with their software, those cars all need to interact with each other productively.

Many subsisting tests for various autonomous driverless cars are done digitally. Scale models that are either too large or too expensive to carry out indoor experiments with fleets of cars is another way that existing tests for multiple autonomous driverless cars can be done. Beginning with economic scale models of commercially-accessible vehicles with sensible steering systems, researchers accustomed the cars with motion capturing sensors and Raspberry Pi so that the cars can interact via wifi. Later they adapted a lane-changing algorithm for autonomous cars to work with a fleet of cars. In the coming days, the fleet of autonomous multi-car systems in more complex scenarios, including roads with more lanes, intersections, and a more extensive range of vehicle types is a better weapon to tackle hurdles-related to traffic.