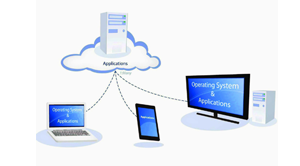 Server Consolidation:Ever since the changes in networking, IT has transformed into a divergent arena focused on achieving optimum efficiency with limited resources. For enterprises dealing with large scale computing, servers have now become a part of their daily work routine. Along with the several benefits of deploying servers, comes the expenditure involved in managing them and the level of performance.

Technically, a physical server utilizes only about 20 to 30 percent of its total capacity for executing enterprise operations. Consequently, it becomes a daunting task to deploy additional physical servers meet the ever growing IT storage and processing demands. To overcome the performance restraint, save hardware and floor-space costs, and reduce energy consumption, enterprises are now trying to administer virtualized server infrastructure that effectively triggers server consolidation.

Server consolidation with virtualization deals with the aspect of maximizing server resources by partitioning a single physical server into fragmented versions of virtual servers. Aiming to master efficiency in data centers, virtualization is supported by tools such as resource management softwares and virtual machines.

According to Gartner, in the year 2016, the 32 bit server virtualization market is expected to shoot up by 5.6 billion dollars, a 5.7 percent increase compared to previous year’s stats. Additionally, the research firm also states that the growth the result of new software licenses, which faced a considerable decline in many years. It has been observed that the rise is due to maintenance revenue; indicating the rapid surge of the overall software market.

Michael Warrilow, Gartner’s research director elaborates on the virtualization market’s maturity over the past few years stating that the centralization of server virtualization by several enterprises rates have effectively boosted by 75 percent, portraying greater utilization.

Digging deep into server virtualization and consolidation techniques, we present a wide array of guidelines that can help enterprises elevate the server consolidation ratio:

While considering an effective server consolidation plan, it is crucial to know the significance of utilizing the hardware in a smart yet productive manner. Enterprises should develop a streamlined approach by generating an optimization algorithm as the initial step towards effective utilization.  The algorithm should possess the ability to manage and utilize hardware resources such as CPUs, disks, memories and network.

Setting goal specific objectives may help enterprises to make headway in the virtualization scenario. These objectives are focused on assisting in the process of making wise decisions related to hardware purchasing and implementing disaster recovery plan (DRP). The process makes it easier to evaluate the exact amount of financial expenses needed.

Most enterprises fail to address the importance of monitoring the network traffic on a daily basis. A sheer amount of traffic flows through the network of the data center. A company’s data performance and the Quality of Service (QoS) directly depend on the communication between their virtual machines (VM’s). In batch processing operations, a simple delay in the communication between two points can affect the time taken to complete a specific task; resulting into a rise in the overall energy consumption.

4. Control the Utilization of Virtual Servers to Save Energy

Power plays a vital role in an organization’s server infrastructure, grabbing a major part of the overall IT expenditure involved. In most cases, servers continue to operate and stay online even if not in use, elevating the level of energy consumption and wastage. Implementing load prediction techniques or even shutting down the servers when not in use is always recommended.

An ideal server consolidation plan should be formulated by executing the workloads based on a priority list. The task involves effective prioritization based on the type of workload. In this manner, enterprises can increase consolidation ratios and achieve efficient management capabilities.

Operating virtual machines and physical machines in a synchronized as well as optimized manner is always a driving factor that facilitates efficient server virtualization. Adopting a real time approach towards managing server racks may also prove beneficial for enterprises. Furthermore, by frequently upgrading the cooling and power infrastructure, enterprises can leverage the virtualization technology extensively and innovatively.