Shifting the Focus with Hearables 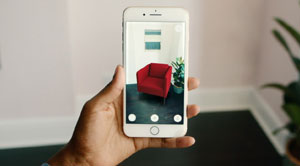 Hearable tech is evolving, enhancing, and elevating the regular functionalities of various industries as well as individuals.

FREMONT, CA: Acting as a window to user's attention, the ear holds an unparallel value reaching far beyond the system of senses and to the present economic environment. An era of mass production, where foundations are being built based on consumer's time and attention, the significance of audible importance grows further and further.

Advertisers, panhandlers of charity, religious zealots, politicians, mobile applications, political candidates, and others are all compelling the customers to concentrate on them and overlook the remainder. Eventually, aid is available in the form of an evolving audio revolution, where marketers need them, broadcasters carve them, and social networks state them.

In present years, the release of several fresh goods promises to offer the users control over what they hear and what they pay attention to. Developers have produced headphones with microphones which are not only able to cancel surrounding noises but also detect user frequency at the time of communications.

Headphones can simultaneously couple with two appliances, providing you with either or both sound and command. However, what is remarkable is not the cancellation of noise itself, but the fact that it is applied in a semantically conscious manner.

With just clicking the headphone's button to acknowledge the call, the headphones hold the music on the laptop and respond to the request on the mobile while pushing down active noise canceling continuously so that users can hear themselves talking on the call. The unique functionalities to manipulate the basic principle of wavelengths make the feature of elimination very efficient by simultaneously dealing with the personal space.

A shift of context from listening to music to responding to a call contributes to numerous modifications to fit the new background in the entire video configuration and compelling the industrial professionals to utilize this for transformative purposes.

Gradually, in the latest years, the capabilities of artificial intelligence AI-based virtual assistants have flourished immensely. Smart speakers are much more helpful than they were six months ago. And its capacity to comprehend your orders will not stop improving by any means. The ability to anticipate customer's requirements and desires in the coming years is set to be transferred straight into the hearables.

Today's virtual assistants like Amazon's Alexa and Apple's Siri, depends on the cloud to react to demands with the strong processing required. But neural network chips coming quickly from technological giants will allow extensive computation to take place in a hearable self, eradicating the need for an internet link and enabling for near-instant response moments. Occasionally, given the complexity for an equation, the hearable will have to switch to cloud processing.

People tend to think of augmented reality (AR) as a technology that is mainly visual. But now the industrial ecosystem is ready to get sound AR before we're all wandering around carrying visual AR glasses.

Historic sites and recreational activities such as professional tennis games use place, to give an only current audio stream of data or comments. Additionally, as the industrial revolution follows the digital world will be introduced to a wide range of AR applications.

Why Hearables will Dominate Wearables?

Currently, the wearable industry is dominated by smartwatches. The quantified self-tracking device is one of the large drivers in the smartwatch and smart band classifications. Watches can supervise activity, heartbeat, movement, and other biometrics.

However, hearable can also perform the same function efficiently and effectively. With in-ear audible computing systems, the AI-powered interface will be able to monitor the mood or emotional state of users and utilize this data to alter how virtual assistants communicate with humans.