Signs that Indicate Enterprises Should Replace their Legacy systems 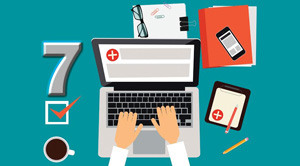 Enterprises usually find it a taxing task to decide on whether they should upgrade their legacy systems or not. As the name suggests, legacy systems run on an operating system (OS) that is no longer predominantly used. Companies use legacy applications embedded in their legacy system to address specific business needs. Moreover, small and medium businesses might find it prohibitively expensive. Organizations usually tend to continue with their legacy systems by patching and upgrading along the way, unless it really comes down to having no other alternative.

But, the constantly evolving technological space has made it difficult for most of the newer applications to function properly on the legacy platform. The incompatibility might at times reflect onto hardware complications, and higher maintenance costs. Enterprises must consider upgrading their legacy systems at a certain juncture so as to not encounter those hurdles. Many organizations today are moving their applications to OS that are based on open programming interfaces, so that it would be easier to update programs in the future and for applications to run on any OS. But the question companies need to figure first is when is the appropriate time to undergo this transition. Let’s glance through some of the most common signs that will assist companies in deciding whether it’s time to pack their legacy systems and usher a new.

Legacy systems generally run on software or technology that no longer extensively supports it. Situations arise when installing new software or system possesses difficulties because the system might be incompatible to meet the requirements of the new software. The legacy system could be too old, or the vendor could have ceased to work on it anymore. This leaves enterprises to a standstill, where considering to upgrade the system seems the most viable option.

With legacy systems, the constant maintenance and upgrades lead to breaking of functions and elongation of rollout schedules. Extensive customizations often lead to creation of a software “fork” which exhibits incompatibility with the original. Forking results from deadlock in an open source project, and is essentially means to collect the source code from an open source software to orchestrate an entirely new program. Due to forking, straightforward lifecycle projects tend to grow bigger than expected, decreasing the overall feasibility. Orchestration of software “fork” is a good sign to tell companies to leave their legacy system behind.

Dearth of professional skills and drop in response times

The technologies that govern legacy systems have either evolved into something new or has reached the point of being obsolete. As a result, most of the professionals experienced in those technologies have retired or changed their domains. Companies face difficulty in finding the skills, and even if they do, it usually turns out to be expensive. Additionally, to figure out if it’s time to move onto a new system, it’s essential to check if there’s a significant fall in response times on a regular basis. This can be usually reflected by excess usage of computing resources, resulting from inability of the servers to keep up with the present technology requirements.

It’s an exceptional decision if companies consider leaving their legacy system behind based on the incapability of their legacy software to service the present day business requirements. This could manifest in several ways—change in compliance needs which the legacy system might be incapable of supporting anymore. The company could have been acquired by another, usually necessitating a migration so as to make room for newer technology and processes.

Impeding productivity due to hardware

Productivity can be impeded by hardware and this can reflect in various ways in a real-time scenario. Employees could have an abysmal time struggling with constant computer crashes, or slow systems, which in turn implicates into lower productivity rates. Additionally, situations arise where another system is being leveraged to serve a job the legacy system was originally designed to handle. This is usually a result of hardware’s incapability, which is why companies should consider replacing their legacy systems.

Desire to move onto newer technologies from ‘legacy’ systems

Legacy system might function well for a certain period but they break down eventually, and fixing that will cost fortune, compared to newer technologies. Moreover, many vendors and software developers have ceased to support the older systems, making it a pretty challenging task for companies to find support for the legacy system they operate on, in case an error occurs. Repair delays only imply lost productivity, and newer technologies such as cloud-based services are more impressive as enterprises look for sophisticated capabilities with reduction in capital expenses. The need for integrating and introducing newer features into the existing production environment could serve as a good reason to move on from the ‘legacy’ system.

Computers, servers, and mobile devices can be broken down into different hardware parts, which further consist of other components. The breaking down of one single part could directly impede productivity and system performance, which might stop working too. In case, any part of a legacy system fails or breaks and the replacement part is not easily available, firms can consider it as a hint to abandon their legacy system. Moreover, the hassle in finding the rare or obsolete part will cost firms more money, which is an impractical business strategy.

The thing about legacy systems is that very few people are working on the technologies involved. As a result, companies have to only depend on experts of those technologies in case there’s any hardware malfunction. This usually turns out to be expensive for smaller businesses, since expert consulting usually costs more. When companies notice this facet, it’s an indicator to desert it and adopt and install a newer system in place of the old one.

Needless to say, if at the end an organization thinks their legacy system is capable of delivering the services desired, they can continue with minimal patching and upgrades. The indicators only suggest enterprises to consider migrating to a newer system which could offer more sophisticated capabilities, before the business and technology compel them to do so.