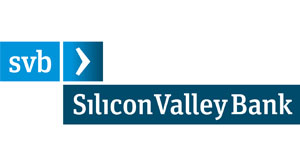 Fremont, CA: Mark Rohrwasser will be located in Tempe and report to COO Phil Cox. He brings along above 30 years of experience to his new role, where he will build SVB’s technology capabilities and oversee technology operations, engineering, architecture, and networking stronger.

Before joining SVB, Mark was the International CIO for Equifax, where he was responsible for strategizing and establishing standardized platforms throughout the company’s 23 global locations. He had a different kind of executive roles at Equifax, including stepping in as interim Global CIO following the 2017 data breach and shepherding the organization via a comprehensive cybersecurity overhaul.

As the Vice President at PayPal, Mark led strategy and development of core payments, pricing, risk, and compliance platforms. Additionally, he guided the development of a new credit platform with Apple and revamped its global data centers. Before PayPal, Mark held various senior technology and operations positions at Bank of America and General Electric. He secured his Bachelor of Science in computer science and applied mathematics from the State University of New York at Albany and his MBA from Purdue University.

Phil Cox, the Chief Operations Officer of Silicon Valley Bank, mentioned in a press release that they are pleased to welcome Mark to SVB as their new CIO. He further added that Mark brings extensive experience in financial services and a history of driving technology transformation at leading firms. And their technology team will appreciate his leadership, and their clients and partners will benefit from his commitment to delivering technology solutions that support and flourish their relationship with SVB.

Mark’s leadership team includes many recent hires to SVB’s technology division. The team is hiring for engineering, architecture, and other technical positions in Tempe, the Bay Area, and Bangalore.