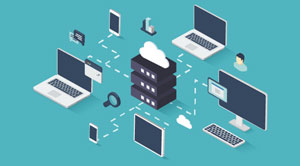 Silicon Valley draws a smaller share of California’s total venture funding and still does not seem to get any less tech-centric.

Fremont, CA: Silicon Valley is the gold standard for technology hubs. Securing money for startups is dwindling in the regions of Northern California, including Santa Clara and San Mateo, as they take in a smaller share of funding.

A Crunchbase report for startups in the core Silicon Valley counties of Santa Clara and San Mateo shows that companies there have pulled in more than $15.4 billion so far this year. It is a vast sum and is roughly on pace with 2018 funding levels. However, Silicon Valley is slipping in the percentage of total California funding. It was not the same five years ago when the two-county region pretty reliably took in more than 40 percent of statewide seed through growth stage financing.

Silicon Valley’s declining share of funding comes as its neighbor to the North, San Francisco, continues to grab ever-growing sums of capital. San Francisco is devouring California’s venture funding to feed its vast stables of startups and unicorns at a loss. In roughly the first three quarters of 2019, companies based in the city raised around 45 percent of statewide seed through pre-IPO funding, per Crunchbase data.

While Silicon Valley is drawing a smaller share of California’s total venture funding, investment in dollar terms is rising. In recent years, companies in San Mateo and Santa Clara counties have collectively hauled in roughly double the annual tallies raised at the beginning of the decade.

Silicon Valley companies still pose some of the biggest rounds of anyone in startup-land. This year, for instance, top funding recipients include:

Aurora, a Palo Alto-based developer of hardware and software for a self-driving vehicle platform, raised a total of $600 million in two Series B funding announcements this year, with lead investors including Sequoia Capital and Hyundai.

Robinhood, the zero-commission stock and crypto trading provider, raised $323 million in a Series E round led by DST Global, bringing total funding to date to more than $860 million.

Lime, the fast-growing scooter and bike-sharing service, closed on a $310 million Series D round earlier this year to build out its already enormous footprint.

So far this year, Silicon Valley companies have scored at least 42 known “supergiant” funding rounds of $100 million or more. Seeing more startups blossom just outside the Valley is not a bad thing for locals. Silicon Valley still lays claim to ultra-low unemployment rates, highly educated populace, and high average incomes. The region’s downsides, including scarce housing, high cost of living, and traffic, are the result of too many tech and startup jobs.

Moreover, the surge in overall startup funding levels mean Silicon Valley is gaining as much investment as ever. Also, the region is already home to an outsized share of the most valuable established tech and tech-adjacent companies, including Facebook, Google, PayPal, Cisco, Tesla, and many more.

So, in short, Silicon Valley doesn’t appear to be getting any less tech-centric. The region’s innovation engine, however, is increasingly reaching farther beyond its original borders.