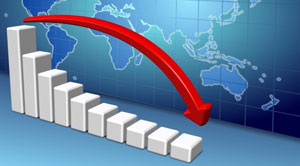 WalletHub, a personal finance website, reveals the list of top five Bay Area cities with the highest growth in GDP.

FREMONT, CA: The high-tech economy is growing exponentially day by day, and Silicon Valley has maintained its position of being the epicenter of this boom. Therefore, it is not shocking to hear that the Bay Area leads the latest national ranking of the cities with the maximum GDP (gross domestic product).

Five Bay Area cities with 6.41 percent real GDP growth per capita were listed in a new report from WalletHub, a personal finance website, on the world's fastest-growing cities. Milpitas, Santa Clara, Sunnyvale, San Jose, and Mountain View are at the top of the GDP index. Louisiana's Lafayette witnessed the biggest drop in real per capita GDP at 5.76 percent. GDP can be utilized as an economic snapshot as it is the measure of the financial value of all the manufactured goods and services produced in a region over a specific period.

The findings of WalletHub is based on the evaluation of 515 U.S. over 17 key metrics. The statistics vary from population growth to university-educated population growth to decreased unemployment rates. Sociodemographics and jobs/economy were the two main factors. The report also analyzed the rise of tech enterprises and venture capital investment, increase in median house price, increment in building permits, foreclosures rates.

The Bay Area has been a strong economic engine for a long time. In fact, the Bay Area Council's Economic Institute estimated previously that Bay Area, if it were a nation, would be the 19th-biggest economy in the world, by comparing the GDP of the region to that of countries across the globe.

WalletHub's findings came as a surprise. For example, Enterprise, Nevada, had the largest population increase at 7.40 percent while Albany, Georgia, had a significant drop in population at 1.59 percent.

The data that was utilized to create this ranking was obtained from the U.S. Census Bureau, Bureau of Economic Analysis, Renwood RealtyTrac, Bureau of Labor, and National Venture Capital Association.