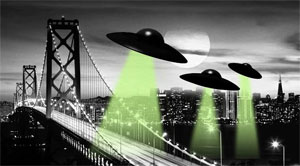 UAP eXpeditions is committed to finding the UFOs using the latest experimental technologies and making significant breakthroughs by studying them.

Fremont, CA: There is nothing that can attribute to a breakthrough than the sudden discovery of aliens. And that is the reason why a small group of people in Silicon Valley is interested in UFOs to know who is piloting them. Thus, with some of the Silicon Valley UFO Hunters, UAP eXpeditions will pioneer the ability to predict, find, observe, and document Unidentified Aerial Phenomena (UAP) for study and analysis using the latest experimental technologies in the right places at the right time. A study reported by the US Navy states that a team of venture capitalists, university professors, and military veterans are launching a project to track UFOs off the coast of California.

Utilizing the state of the art cameras and other experimental monitoring devices, these scientists are attempting to track the unknown aerial objects off the coast of California. Leading the team of scientists is Dr Kevin Knuth, a former scientist with NASA’s Ames Research Center, told in a press release that while the project is still in its infancy, the goal of the expedition is to give some ground truth to observe these objects directly and record them using multiple imaging modalities. The project has two phases. First, the team will obtain current satellite imagery of the area, determine if they can observe these anomalous objects, and then monitor the images both manually and by using machine learning. Post this, they will build up a database of detections, classifications, and any observed patterns of activity. Secondly, the team will detect and record abnormal aerial activity using tracking security cameras in the visual to infrared wavelengths with telephoto lenses, high power binoculars, and spotting scopes. Also, they are planning to employ high-quality drones in the air with imaging capabilities.

Renting a research vessel and acquiring the high-tech gear needed to search for UFOs is not cheap. And it is the right time to explore these in Silicon Valley.