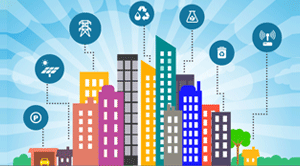 The notion of smart city began as a science fiction dream, but it is very quickly becoming a reality. Municipal infrastructure, integrated with smart technology, will transform the aesthetics, utility, and sustainability of urban landscapes from here on out.

FREMONT, CA: The implementation of new forms of transportation is a key feature for smart cities. The sustenance of this fundamental infrastructure will allow clean and efficient vehicles (and driverless cars) to take over urban travel. But if the towns and cities of tomorrow are going to be enhanced than that of today, the community heads need to make Cyber Security the top priority. The prospective of smart cities is only matched by the hazards regarding cyber threats.

Smart cities function on a base of technology, which makes them both more capable and more vulnerable, because the digital foundation can be assaulted or seized in innumerable ways. The complexity and scale of smart cities render them vulnerable to cyber attacks. The enormous array of interconnected arrangements makes weak points almost inevitable.

It is easy to get enchanted by the potential and promise of high-tech metropolises, so much so that often users lose sight of the risks that technology can create. As long as this vulnerability persists, cities and towns will get a lot smarter but less secure in a straight proportion.

Strategies to arrange (and protect) any city for the future are:

The Building of a Smart Workforce:

The operation of a city is technical, but not wholly technological. Most cities depend on a municipal labor force made up largely of trade professionals and administrators. Historically, the city administration has not needed a large IT workforce for its smooth running. Given the concerns of the smart city, that is going to change.

Technology professionals will be required to do everything from organizing databases and building smart roadways to supervising citywide cybersecurity. If cities aspire to make development both cautiously and quickly, they will need to start building a new labor force and enlarge their institutional attention on technology.

The task of safeguarding smart cities is not the responsibility of cities alone. The task is enormous, and it makes more sense to perform cooperatively with a diversity of stakeholders. For example, cities have agendas that align with federal and state governments, as well as private organizations. Coordination between all of those units to address threats and to improve city projects is the only way that smart and safe cities can become a reality.