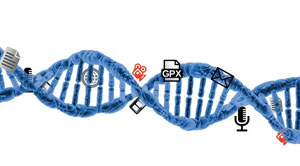 It’s amazing nowadays to witness the arrival of a “something” new into the “smart” arena. It’s even fun fantasizing what that next “something” might be and how “smart” that would be. It seems “imagination is the limit” has come true. But, amidst this wave we have failed to consider, or may be just overlook that one factor that too should have been within that smart arena by now. Our power grids. Don’t forget, after all, the smart devices are dependent on electricity.

Undoubtedly, the existent power generation and distribution infrastructure is doing what it is supposed to; and the problem lies exactly there. Our power grid architecture is “many decades” old and is doing what it was supposed to do “many decades” back, not today. The biggest front that power grids fall short on is the dire need to be more reliable. To give an idea about poor reliability, and resulting blackouts and brownouts—even with 99.97 percent reliability, power interruptions cost Americans around $150 billion annually. And, all this because of an infrastructure that’s decades old and relies on slow response time of mechanical switches. How long shall we bear an ageing infrastructure that doesn’t support automated analytics when big data analytics and automation are what the tech gurus talk about? Even more amusing is that a utility most often doesn’t even know about an outage until a customer calls.

Another issue with traditional grids is their inability to properly integrate the electricity generated through renewable sources, which are less predictable, but more distributed. At a time when the whole world is teaming up against global warming, too much reliance on fossil fuel cannot be the way out.

Moreover, the passive nature of billing is no longer considered ideal from a consumer’s standpoint. As the bill is generated after units of energy consumption, the consumer has no control over the energy usage, which otherwise can lead to significant savings for the customer.

What’s needed at the moment, is to transform the centralized, uni-directional and producer-controlled traditional grids into an infrastructure that is less centralized, bi-directional and consumer interactive—the smart grid. Federal Energy Regulatory Commission defines it as “a power system architecture that permits two-way communication between the grid and essentially all devices that connect to it, ultimately all the way down to consumer appliances.”

To look upon, smart grid is similar to internet. Just like a metropolitan area network (MAN), local utilities run neighborhood area network (NAN), which in turn is dependent upon energy utilities that generate and link interstate grids, equivalent to an ISP’s backbone. The energy reaches consumers through advanced metering infrastructure (AMI) which is similar to a local ISP’s DSL network. At the final point, consumers can opt for a home area network (HAN) or building automation system (BAS), which is equivalent to LAN in case of internet.

Perhaps, the best leverage smart grids offer is that the migration doesn’t mean a complete abandonment of the existing energy infrastructure. Put simply, implementing smart grid would require overlaying an IT network based on IP, onto connecting elements of the existing power grid. It would require making some space for new components such as AMI and phasor measurement units (PMUs) within the demarcations in existing infrastructure.

How can smart grid help

Although already in use, smart grids have not yet become pre-dominant in the energy production and distribution infrastructure. But, it’s evident that the greatest benefits it will bring along will be reliability and visibility, mainly due to its capability of two-way flow of electricity and information.

For instance, consider the example of a summer afternoon with air conditioners working at maximum capacity in a town of many thousands. In a traditional setup, deprived of visibility to anticipate demand during peak hours, grid operators would need to bring in peaker plants to ensure reliability. Now, the problem with peaker plants are serious and inextricable—they are expensive and sit idle for most part of the remaining year; they rely on fossil fuel that adds to the running cost and severely degrade the environment.

On the other hand, smart grids due to bi-directional flow of information can award operators the visibility at a granular level to anticipate peak demands and reduce the costs needed to cover them. An addition to that is the ability of smart grid to reduce the burden on power plants by integrating power generated from renewable sources, which may be operator owned or mounted on-premise of the end-customer. All of this sums up to a more reliable infrastructure that can significantly reduce the incidences of blackouts, brownouts and power surges. And, since the sources are distributed the resulting smart grid will also be resilient, in case some mishap occurs at a source.

What’s in for the end customer?

The discussion about smart grid would remain incomplete without taking into account the additional benefits that end customers can reap. Smart meters and home energy management systems can offer 24/7 monitoring of energy usage which means that end customers can optimize their usage. Compounded by real-time rates availability, consumers get a beforehand idea of what and how much they are going to pay and can optimize their energy demands accordingly.

Apart from cost-optimization and savings, consumers get the privilege to earn as well. Smart grid allows a customer to sell any excess energy generated from solar panels or other renewable means back to the grid. This considerably reduces the burden on the central grid and ensures optimum utilization of excess energy.

Real-time, faster trouble-shooting can be another advantage that can be beneficial for both the stakeholders, end customer and the grid operator. It would save a lot of time and resources on the operator’s end by enabling instant retrieval of actionable digital information from the system. On the consumer’s end, this would mean a quicker trouble-shooting leading to early resolution of day-to-day operations.

Gauging the present scenario and way smart grids can propel us into the “generation-smart”, it can be implied that smart grids are the future. It is estimated that if the existing grids could enhance their efficiency just by 5 percent, the world could save energy equivalent to elimination of emissions from 53 million cars. Smart grid has the potential to plug any loop holes that the traditional energy infrastructure fell short upon. Depleting energy sources, strained and unreliable energy infrastructure, dangerously rising global mercury levels, affected economies—the circumstances cannot be direr for the world to get into fast track, and consider smart grids as urgent reforms, not just pilot projects.