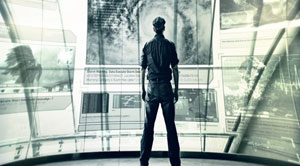 FREMONT, CA: By 2025, solar energy will be the prominent source of energy to keep the data centers up and running followed by nuclear, natural gas and wind energy, says the recent report from Emerson Network Power – a technology company for power supplies, backup systems and embedded computing solutions and precision cooling, reports InformationWeek.

Over 800 data center professionals responded to the Data Center 2025 survey report titled ‘Data Center 2025: Exploring the Possibilities’ which was unveiled by the company. The feedback received from those queried shows the data center market is quite upbeat with continued innovation in the technology domain. A ‘significant makeover’ is the bottom line of the data center technology in the next decade. The report suggests that 65 percent of the hyperscale facilities will get the power from private power generation.

As high as two-thirds of data center computing will take place in the cloud in 2025. Data Center Infrastructure Management (DCIM) can be expected to play larger role with deeper visibility of the systems and services as well as self-healing and self-optimizing features built for smoother functioning of the computing environments. 72 percent of the experts tend to agree to DCIM’s implementation at certain level.

“The data center of 2025 certainly won’t be one data center. The analogy I like to use is to transport,” said Andy Lawrence, Vice President of Datacenter Technologies and Eco-efficient IT at 451 Research. “On the road, we see sports cars and family cars; we see buses and we see trucks. They have different kinds of engines, different types of seating and different characteristics in terms of energy consumption and reliability. We are going to see something similar to that in the data center world. In fact that is already happening, and I expect it to continue.”