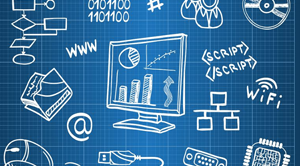 A truly digital identity is a critical enabler for a digital economy. Today, however, a sizeable section of the global population lacks the basic digital credentials to fully participate in the digital economy.

Caught between the Two Worlds

We still rely largely on the analog world, making the use of a physical passport or birth certificate to open a bank account. There are also serious problems in the way identity is currently handled in the digital realm, from the lack of security of our data to the absence of control over it.

1) It creates a responsibility for a service provider, who may be in the business of selling goods, to maintain a secure customer database.

2) It means that users constantly need to provide their data, with little visibility into where that data goes and how it is used afterward, particularly in light of new business models built on monetizing data.

3) The current process fails to take advantage of opportunities for greater privacy that a digital identity could provide. Contrary to the commonly held belief that people have less privacy in a digital environment, it becomes possible to tailor queries much more efficiently and respond to a specific question, such as whether an individual is over 18 or not, with a simple yes or no, as opposed to providing a driver’s license with name, date of birth and address.

Identity is about more than authentication; it is also about managing the transfer and confirmation of attributes. But who should be involved in creating a digital identity solution?

Banks are in a unique position to support a solution because they have a store of customer attributes that have been obtained with a high level of assurance. Banks are held to a high regulatory standard through rigorous KYC (know your customer) processes. Banks also have a strong competitive interest in playing an important role in a digital identity solution. In addition to helping them reduce cost through more efficient processing, it has a strategic value in assisting the bank in retaining an important role in the customer’s life—becoming a custodian not just of their funds but also of their data, and providing them with the mechanism to control the sharing of data or attributes.