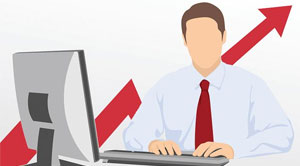 In the opening panel of the MIT Sloan Sports Analytics Conference 2016, baseball statistics pioneer Bill James proclaimed,  “You win games with what players can do, not what they can’t do,”  An interesting analytics mindset! Analytics tools in sports have been gaining popularity to boost on-the-field performance and business operations. According to a recent research by ReportsnReports, the global sports analytics market stands at $123.7 million in 2016 and is expected to grow to $616.7 million by 2021, at a Compound Annual Growth Rate (CAGR) of 37.9%. Now that’s more than a home run!

Analytics and big data are on the cusp of scoring major points in sports. According to Portfolio Marketing Manager, IBM Analytics, Preetam Kumar, “From coaches and players to front offices and businesses, analytics can make a difference in signing contracts or preventing injuries”

So how is analytics changing the way athletes play, and coaches coach? And will it have an impact on sports getting a growing front-office role?

Clouting up a wining partnership!

Home runs, touchdowns and points are all statistics that the average sports fans fully understand and  talk about regularly. But much of the time, this doesn’t tell the whole story. As teams look to gain an edge against competitors, they begin to use advanced statistics and sports analytics to better understand performance and clout up a winning partnership. With the advent of incredible new technology, stats are not only easier to compute quickly but also easier to understand by coaches, players and fans alike. So, here is how analytics is changing the game:

Question such as, ‘who can replace a key athlete, if he/she is injured at the last-minute?’ can be answered by Data Analytics experts. Gut feeling of the coach, or rush of the moment can make management take a wrong decision. Analytics can be used for a precise decision making.

Data from wearable technology devices such as Google Glass, GPS trackers and fitness trackers provides real-time stats on each player, including speed, heart rate and acceleration. Such devices are also helping in reducing players’ injuries. Also, data from these devices show the coach who the top performers are and who needs rest

Generation gap has been the major reason behind the inception of misunderstandings and miscommunication between players and the coaches. Coaches, players, and other stakeholders need to be well-informed so that all can benefit from the technology. When technology is embraced by the old-timers, better decisions and communication can be made.

Winning is not about a player, it’s about the team. The performance of the overall team that can be edged over with data analytics. Speed, success rates, individual performances, and other factors can be combined by leveraging generating statistics and build the best possible team.

When most fans think of analytics in sports, they think of their use to enhance team performance: to select the best possible players, field the best possible teams, and make the best possible decisions on the field or court. These analytical approaches are still accepted, but they rarely confer any sustainable competitive advantage, unless the team is continually pursuing new approaches and insights. Analytics will eventually impact the fans’ experience and engagement.

The long durations of some of the sport event frustrate fans into losing interest in a certain team or even the sport itself. A three-hour game is long enough for a casual fan to do so. This is where data holds their imagination. Fans are getting more informed with all the statics and analysis floated around by the sports management. While the engaged fans hang on, the casual fans have something to amuse them.

Organizations’ business performance can be improved by analyzing previously collected data on fans. Analyzing social media data and interacting with fans on social platforms helps sports teams hear and respond to the voice of the customer. Dynamic ticket pricing is also implemented by many teams which adjusts prices according to the demand for individual games. Personalized messages, including stats updates are also sent out by many organizations to keep their customers connected.

Despite this evidence of impressive activity and growth, the use of analytics in sports is not without its challenges. So what’s causing The Strike 3?

Even when considerable data and analytics are available to support key decisions, they may not employ them over their intuition and experience. They may go for the traditional way which is the foremost predicament. Relatively few owners, managers, coaches, and players pursued careers in professional sports because of their interest in analytics. Thus, following their intuition would be the first thing they will do.

Professional sports teams are, by and large, small businesses, and deploying analytics means investing profoundly. An average NFL (National Football League) team is even worth about a billion dollars and had about $30 million in operating income, but National Basketball Association (NBA) teams are about a third of that. Most of their revenue goes toward player salaries which suggest that even relatively wealthy teams cannot afford large investments in technology, data, and analytical tools. This is a major roadblock in wholesale adoption of analytics.

Bowl is in the hacker’s court

The data within the sports industry, like any other business, could be exposed to the risk of hacking. Tour de France cyclist Chris Frome was subject to a data hack last year where his personal performance data of a ride was hacked. With more and more sensitive athlete data gathered and revenue streams at risk, sporting organizations could be exposed to the kind of hacks we’re seeing across all manner of different companies.