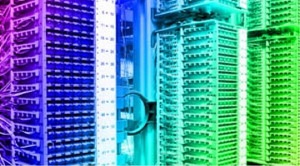 FREMONT, CA: Twilight reflections on 2013 pose key questions on the complexity of storing and protecting all those yester years’ accumulated terabytes of digital data. It is an evolutionary cycle in the storage timeline from the first punched cards to forgotten floppy’s, now enroute to the cloud.

The storage landscape with enhanced capacity and performance for 2014, pictured by Jay Kidd, Senior VP and CTO, Netapp, one of the leading storage and data management provider’s portray, “All IT owned by a company will push to be managed as a “private cloud,” and expectations of responsiveness to the business, cost competitiveness, and service-level agreements will be benchmarked against external cloud services. An increased momentum is envisaged around technologies like OpenStack and CloudStack as organizations look for greater control and flexibility.’’

Imation, a global scalable storage and data security company’s viewpoints on 2014 trends, “We think it’s only natural that flash memory move from using storage interfaces like FC and SAS, to more of a memory-style architecture using PCIe variants such as NVMe. We think in 2014 that there is likely to be a quantum leap in the kinds of high-IOPS and low-latency storage solutions that will become practical and affordable,’’ says Gary Watson, Chief Technology Officer, Nexsan Storage Solutions, Imation Corp.

The buzzwords of 2013, SSD’s and Flash arrays are now seemingly set to regain their centre stage roles in the coming year/2014, albeit with phenomenally high (i/o) performances, very small latencies and high transfer rates. The transition in storage is towards optimally enriching its core characteristics of capacity and performance.