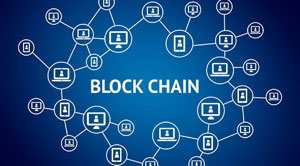 Ever since cryptocurrencies have taken the world by a storm, blockchain— the growing digital ledgering technology that links and secures digital transactions — has gained immense popularity. The technology provides data confidentiality and integrity which can be leveraged in fields much beyond the horizons of cryptocurrency. On the other hand, the IoT wave has revolutionized the digital world in its entirety but not without any deficiencies of its own. In recent times, the blend of blockchain technology and IoT is steadily gaining a reputation as the benefits of the former can play a critical role in overcoming certain inadequacies of the latter.

For starters, one of the greatest concerns amongst users interconnected by IoT is its security aspect. Several organizations are incorporating blockchain technology into their production and supply chain. For instance, IBM’s IoT platform allows users to selectively add their data on to a private ledger that can be further included in shared transactions.  The protected data is decentralized and is shared only among the parties involved in the transaction. Some startups use blockchain to provide end-to-end transparency and visibility between the source of the product and customers. Similarly, the potential of blockchain and IoT is being widely explored in the field of insurance. Blockchain technology offers smart contracts, which provide an additional layer of security over traditional contracts and reduce costs associated with traditional contracting. In addition, it enhances processes such as claim management and fraud management.

Diving into the future, the exponential proliferation of devices will make IoT a cost-intensive affair. Since blockchain doesn’t need a centralized entity to operate, devices can communicate and execute actions without depending on the cloud. Additionally, as blockchain doesn’t possess a single point of failure like the cloud, it is less susceptible to cyber attacks and downtime. Based on the continuously evolving mechanism, a promising future lies ahead for blockchain to address issues pertaining to IoT.