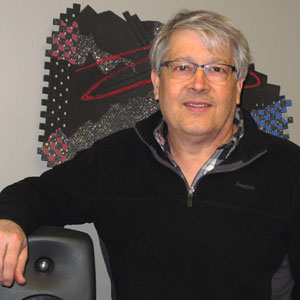 “The unit’s new firmware offers multiple improvements, including Auto Mix functionality and three additional operating modes,” says Gordon Kapes, president, Studio Technologies. “These allow more applications to be supported and can significantly improve the user experience. Model 5422 users can field-update their existing units at no charge, ensuring that they will remain up-to-date with the latest features.”

Using Dante audio-over-Ethernet tool with AES67 support, the Model 5422 offers the flexibility to be used in a diversity of entertainment, streaming events, and sports broadcast. The resources comprise support for party-line (PL), talent cueing (IFB), audio mixing and control, and Dante interfacing. The unit emphasizes low-latency 32-bit digital processing for superior sonic quality. The Model 5422 is offered in two versions, one with 32 input and output channels and the other with 64 input and output channels.

Teksynap: Technology Moving at the Speed of Thought

ITAV Solutions: Integrating IT and AV Systems for Better Solutions

AVI-SPL: Building the Culture of Collaboration

AVI-SPL: Building the Culture of Collaboration