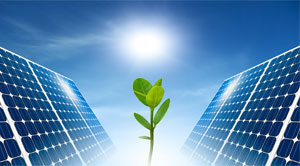 LAS VEGAS, NV: The motive behind utilizing renewable resources is because of the scarcity of non-renewable resources. Recently, Switch, the technology sustainability company has announced of its plan to utilize renewable energy from existing facilities to positively influence the energy consumption model through its data centers.

The company will introduce local resources to provide 100 percent renewable energy to all of its SUPERNAP data centers and to their clients will make an impact to use renewable resources. The current move will help in adopting all-inclusive green technology. To run its SUPERNAP data centers, Switch uses the new solar facilities operating in Nevada.

According to National Resources Defense Council (NRDC), the U.S. data centers consumed an estimated 91 billion kilowatt-hours of electricity, or enough electricity to power all the households in New York City twice over.  By partnering with local utility NV Energy, Switch will complete the construction process of its solar generation projects before the end of 2016. The 180-megawatts of solar generation projects include Switch Station 1 and Switch Station 2.

"Switch has set a new standard for using renewable resources to power their growing business," remarks Paul Caudill , President and CEO , NV Energy. "We all are proud to partner with Switch to help it become the first southern Nevada customer to be supplied by 100 percent renewable energy. Switch's leadership has opened the door for other large customers, including the City of Las Vegas, to meet their own renewable energy goals without negatively impacting the rates of other customers." added Paul.