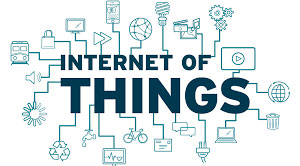 Maciej Kranz, VP at Cisco’s Corporate Technology Group, in a blog post titled “Securing IoT: Job #1 for Everyone,” rates the current level of security in IoT systems and data as ‘C+’. While IoT as technology has made significant progress, besides opening up several possibilities for growth, the prevalent security environment in IoT systems, leaves much to be desired. For cybersecurity professionals, the distributed and heterogeneous nature of IoT systems presents a unique challenge. Not only does IoT involve multiple devices and sensors, but also a myriad of use cases such as connected cars and smart cities. Addressing security concerns within the complex ecosystem of IoT requires greater cooperation and collaboration between all the stakeholders. The stepping stone for such a change is the thinking that security of IoT systems is the responsibility of everyone involved in procuring, deploying, or using them.

The onus of IoT system security starts with the vendors, who must be uncompromising in terms of adopting industry-standard data protection mechanisms to safeguard their customers from possible attacks. The organizations on their part need to educate their employees, partners and agents on the best practices to keep the environment safe.

A report by Verizon reveals that a vast majority of IoT attacks recorded by organizations originate from within. Therefore, given the shortage of cybersecurity professionals, end-to-end automation of security functions and thorough monitoring of the systems is the way forward for enterprises. In the event of an attack, threats can be isolated by using a multi-tenant network.

Application of patches and system upgrades on a timely basis must be mandatory to plug the security loopholes. Periodic risk assessments must be undertaken to eliminate silos of data, functions and the “shadow IT.” The right synergy between all stakeholders goes a long way in combating the threats for IoT systems.