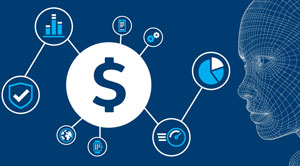 The PSD2 (Revised Payment Service Directive) implementation has been ramped up as banks now require to provide anonymized customer data via application programming interfaces (APIs) to third parties. The simultaneous launch of the EU regulation and Open Banking in the UK intend to make banking to the benefit of the consumer—transparent, open, and competitive. Open banking plans on giving customers control of their data, but there is a consensus that open banking will witness mass adoption from consumers a decade from now.

How Ready are the Consumers?

Open banking has been agreed upon as inevitable owing to the unstoppable march of using data and placing it into the hands of customers. However, contradicting to what regulators intend, consumer adoption of new services may not be drastic. People tend to overestimate the impact of technological developments in the short term and underestimate it in the long term. And, that is what is happening with PSD2.

The skepticism merits attention as the business model is keen for open banking to be successful. The app-centric platform is designed to provide consumers with a better interface to manage their finances from. But industry experts are aware that consumers don't move that quickly. Although people’s expectations will not be met in the short term will not, but the long term will herald a permanent revolution. However, it might take ten to twenty years.

The industry won't see much difference in terms of services until then as it requires time to create a business that can bring in the extra value for the users. With banking-as-a-service going mainstream, we have reached a time where banking operates more as a commodity, so customers are less choosing their bank account based on the interface because they can choose the interface they want to use across multiple accounts in a way that suits their needs.

Experts believe that this is going to be exceptionally revolutionary in the short term, but the consumer side of the equation is a bit dicey.