Taking the Move towards Cloud 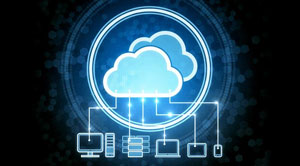 At 2017’s AWS re:Invent,a learning conference hosted by AWS, a large number of big enterprises expressed to move from running their own data centers and move to the cloud.  In fact many enterprises also wish to completely abandon data centers as soon as they can manage their entire workload on the cloud. And this move came from large companies like PG&E, Expedia and to a large extent Goldman Sachs.

John Nichols, director of enterprise architecture at California utility PG&E, said at the event that the company is storing all the new data into the cloud calling it “the new way of IT.” He also went on to say that the company’s immediate objective was to put 60 percent of their workloads onto AWS. “Things may appear similar to legacy data center technologies, but the cloud operates in exponential terms. It is radically different,” he said.

Expedia’s CEO, Mark Okerstrom, also told his audience at the event that the firm plans on running 80 percent of its apps on AWS in a couple of years. To carry out this initiative, the company is planning to replace around 45,000 servers with cloud based services and has set aside a $100 million per year. Okerstrom also pointed out that AWS has become an incredible ecosystem of services.

Even in the case of Goldman Sachs, Managing Director Roy Joseph believes that as the company grows, it needs to manage more risk. Resultantly, a higher computing power along with flexibility and innovation is required, which is available only through the public cloud. All of these giants are shifting from a legacy data center approach to a cloud one causing greater a steer in the industry.