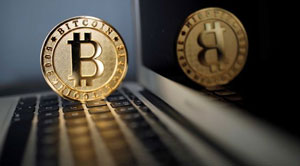 Taxation is a vital factor in running a government. It funds not only the daily activities of the government, but also the national infrastructure, public service, and the defense system. When governments fail to recover taxes from the populace, it leads to fiscal deficit and lacks economic growth. Hence, it is crucial for governments to collect taxes. Often, they are forced to deploy their agencies, which in turn lead to more expenditure.

The taxation system involves complicated filing processes that change according to new regulations. It becomes challenging to navigate the complex process to follow the tax remission procedures. As a result, people often fail to avail the tax provisions and declare the entirety of their taxes as a liability. Hence, the revenue process becomes tedious to those who are not well informed about the tax laws and procedures.

The governments collect revenue from businesses and individuals based on their profits, incomes, and their commercial activities. The value-added tax (VAT) varies depending on the services and products. Since VAT also differs according to the area of jurisdiction, regulatory agencies find it challenging to keep track of the remitters. Some organizations and individuals often engage in tax frauds, while many others get away with paying low taxes.

Integration of blockchain in revenue collection not only makes the process more efficient but also enables the governments to collect and transfer the money seamlessly. Blockchain-based taxation system delivers a transparent, secure, and decentralized method of keeping data records, which helps the regulatory agencies keep track of tax payments.

Implementing Blockchain Technology in the revenue system can facilitate secure and transparent transactions. All the transactions would be stored in the blockchain network, which can be accessed by the regulators as well as the public. The transaction records maintained in the network are virtually unchangeable, which will enable the regulators to keep track of the applicable taxes and prevent organizations and individuals from tax evasion. The blockchain records are undeniable and will give the regulating agencies the necessary evidence to collect revenue from the concerned entities.

With blockchain, governments can also automate the taxation process by programming smart contracts to collect revenue based on tax laws. Consequently, the blockchain-based smart contracts can deduct the due tax amount automatically from the taxpayer accounts. It can also process tax returns according to government policies. As a result, both the individual and the government would be able to skip the convoluted procedures of taxation.