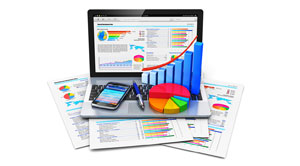 According to Thomson Reuters I/B/E/S reports, Capital expenditures (CapEx) showed a growth of 25.9 percent in the first quarter of 2018. Much of this growth comes from the investments made by information technology companies. The contribution of internet and software are driving tech CapEx and has increased it at the fastest rate in nearly five years. According to Credit Suisse, Google parent Alphabet and Microsoft have played a significant role in this increase.

Some of the companies believe tax reform to be the reason behind the increase in CapEx. In addition, the industries whose expenditure is related to that growth are not making any capital investment. The report also stated that, in the first quarter, the capital investment dropped to 3.3 percent.

After the tech companies, consumer discretionary firms are also steering the growth of CapEx, and much of that comes from the e-commerce giant Amazon.com, General Motors, and cruise operator Royal Caribbean.

Smaller tech companies have also accounted for a large share in the CapEx growth. As per the reports by S&P Global Market Intelligence, CapEx witnessed a growth of 48 percent growth in the first quarter of this year.