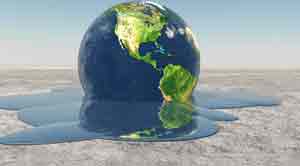 Technological innovations are contributing significantly to battle the impacts of climate change.

FREMONT,CA: Technological innovations, especially the discovery and use of fossil fuels, have contributed to climate change - but they have also enabled humanity to become aware of the impact on the planet and develop tactics to address global warming. Here are some of the technology solutions that can help remediate the climate change crisis.

Scientists blame the rising climate change of the earth on man-made greenhouse gas emissions that trap radiation in the atmosphere. Among the most greenhouse gases is carbon dioxide, which has increased by almost 50 percent since the industrial revolution started. Innovations being leveraged to mitigate CO2 emissions include carbon capture, utilization, and storage technologies - with the Net Zero Teesside project being an interesting instance.

One significant greenhouse gas is methane, emissions of which are reaching record levels due to cattle farming. Agriculture accounted for two-thirds of all methane emissions related to human activities, with fossil fuels contributing most of the remaining third. Scientists have found that a red seaweed that grows in the tropics can mitigate methane emissions by 80 percent and impact climate change in cows when added as a supplement to cattle feed.

Researchers are investigating several ideas o remediate climate change that would repair the damage being done by human pollution. Among their concepts is refreezing the poles by brightening the clouds above them by spraying tiny drops of salt into the sky to help the clouds reflect radiation into space. However, some research notifies that this could cause enormous disruption to the oceans' ecosystems and potentially wouldn't even then be able to gather enough CO2 to offset emissions.

As the coronavirus has shown, many office jobs can be successfully fulfilled from home - potentially providing a route to reduce emissions from transport and office buildings. Driving to and from work is the major source of carbon emissions in the developed world. However, remote working may only be an effective means of reducing emissions and thereby climate change.

HTEC Group: A Trusted Partner for Technology and Innovation

Companion Data Services: Reimagining Health IT with Security and Innovation