Technology Flags off the much Anticipated Race for Banks 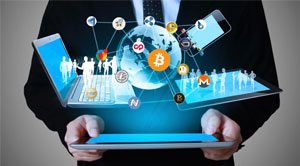 The mantra for corporate to withstand the technology storm is to adapt instead of denying. Banks had the prerogative to watch many organizations crumble under this storm, however now banks are pretty much in the battle themselves. The upsurge of tech-driven companies such as bitcoin threatens to usurp the conventional banking methodology. To survive in today’s technology inundated world, banks and financial institution need to gain a 360-degree view of current digital trends and enforce the same in their organizations.

In this ever-evolving conquest, senior leaders and innovators in the banking community have resorted to adopt the technology wave and turn it to their advantage. Many banks have acquired firms that showed dexterity over technology innovations, while others have struck collaborations with potential competitors to remain afloat amid the cutthroat competition. The tech world is now poised and the next banking cycle would determine, which banks claim victory in the technology race and which bite the dust. Many research studies have highlighted that banks that invest heavily in technology-related research are bound to come out with flying colors, while those bereft of a capital or are in denial would be left behind.

While entering the technology arena, the presence of technology behemoths such as Google, Facebook, and others have worried the senior banking leaders. Many have shown apprehension about the entry of these giants into the banking ecosystem. However, it is unlikely that a Google or Facebook would venture into banking and finance landscape. A strong inhibitor that would keep them in abeyance is compliance regulations that banks need to follow, which might reduce the ROI for these technology leaders.

In conclusion, banks and finance organizations need to strengthen their grip over technology as soon and as fast as possible. Already, there had been many instances wherein banks failed to synchronize with the technological advancement and bore the brunt. With further delay banks might lose the grip over its consumer and that is a situation they would like to avert.