Technology's Role in the Pursuit to Solve Crimes 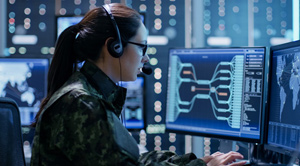 Most law enforcement agencies and police stations have devoted social media pages on different channels, allowing them to connect with their communities and work on tips in real-time.

FREMONT, CA: Over the past two decades, progress has equipped law enforcement officers with innovations that make their work simpler and keep them safe at the same time. Although this list may be infinite, here are three of the most significant technological developments that have succeeded in the war against violence.

The data mapping pattern is not new; in fact, climate and weather scientists have been doing it for decades. However, criminal justice experts are already mapping statistics, providing all police forces and government authorities with a robust regional picture of the forms of crime and the amount of crime in the region. This feature is helpful to law enforcement because it reveals movements that can be traced back to particular locations; drug rings are an excellent example of how data mapping can be useful to the police. It also lets the police find issues in the neighborhood and encourages them to make proactive plans to prevent crime.

While there is some controversy on whether and how mobile surveillance can be used by law enforcement, the ability to detect a suspect through the use of their smartphone is a fantastic development in technology. When viewed via legal outlets, this technology will give a detailed description of a suspect's actions before, after, and during a crime. For those who are innocent of the crime they are convicted of, surveillance can shield them from criminal prosecution; for those who are guilty, the capacity to detect this universal entity can cement their fate.

Social media also had a massive effect on law enforcement. Many law enforcement agencies and police stations have devoted social media pages on different channels, allowing them to connect with their constituents and respond to tips in real-time. This feature has been invaluable in resolving incidents because it will enable the police or other law enforcement authorities to keep up-to-date details about continuing crime or recent crime merely by paying attention to their social media feeds. It is also helpful to determine how a community feels about their encounters with the police; it is now apparent that providing direct involvement with law enforcement creates confidence, allowing suspects and witnesses to share evidence on incidents.