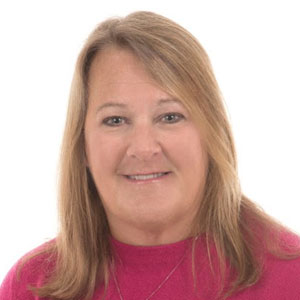 According to the current annual.NET Developer Survey by the company 69 percent of web developers are excited about the new developments in ASP.NET. Telerik, a Progress company is renowned as the most advanced responsive web UI on the market as it delivers Kendo UI for ASP.NET and MVC and UI for ASP.NET AJAX products.

With the support of .NET Core 1.0, the recent release extends existing capabilities by allowing developers in building cross-platform web apps those runs on Mac, Windows and Linux. Additionally with these new improvements in Telerik web UI tools, developers can immediately produce better business web apps for any platform of their choice including ASP.NET Core 1.0. TagHelpers in Telerik UI for ASP.NET MVC, enhanced Editor and Spreadsheet controls for Kendo UI, and Telerik UI for ASP.NET AJAX also adds in to the new advancements.

"We have continued to deliver cutting-edge tooling to elevate, yet ease the development experience, by being among the few to support ASP.NET Core 1.0 (including MVC6) and .NET Core 1.0. No matter what the app platform—mobile, web or desktop—our DevCraft offering provides the most innovative and complete toolbox for building amazing and solid business applications," said Marina Hristova, Vice President, Product Marketing and Management, Telerik DevTools, Progress.

Few additional developments in Telerik DevCraft Q2 2016 includes the RadVirtualGrid in Telerik UI for WinForms that allows developers to handle and visualize large data sets. Developers can also bring a new look and feel to their WinForm apps with the help of this unique conversion tool from standard Windows Forms of Tlerick UI. With the official release of device-friendly RadGrid for Universal Windows Platform offers user-friendly the best UI and UX for phone, tablet and desktop. In addition, data alerts and email notifications in Telerick Report Server help viewers in viewing reports.

Progress is also known for offering workflow-based solutions like Progress OpenEdge BPM to help users with the ability to define workflows according to changing market requirements. “Our prodigious spirit to help enterprises build immensely efficient business applications was the root cause for our inception,” says Colleen Smith, Vice President and General Manager for Progress.