The Adaptation of Newer Technologies in Construction 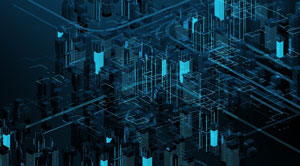 Though the construction industry is known for its fair share of vagaries in development, adopting newer technological advancements becomes inevitable. Despite the popular opinion of established technologies such as ruggedized switches and analogue consoles being the widely preferred choices of construction workers, the industry might just fall prey to becoming outdated in the world of digitalization. Third-party solution providers, however, have found quite a few workarounds that amalgamate traditional practices along with promising technologies to educate and spread awareness among construction workers to welcome the growing trend of innovation.

Consider the open-pit mining industry, which requires construction workers to communicate with fellow employees for various operations seamlessly. Here, walkie-talkies and radio receivers are often known to fail, due to their inconsistent network coverage. The proximity of walls and dense structures often hinder the transmission of radio signals, preventing effective communication of important messages. However, adopting 4G wireless connectivity for communication circumvents this hurdle. This technique not only guarantees uninterrupted communication but also delivers the scope for automation. On the other hand, the connectivity to the internet allows supervisors to geo-tag workers within the network and assign tasks as per their skill sets. This, in turn, facilitates continuous monitoring of operations across the construction site, in this case, the open-pit mine. Similarly, the construction industry as a whole greatly benefits from such advancements. RFID tags, thermal sensors, and proximity detectors could create an ecosystem of smart peripherals, if adopted effectively, to deliver better productivity.

The approach to such advancements, therefore, should be more of a transition than a sudden overhaul. Construction workers need to be educated about such technological advancements rather than upgrading the existing apparatus directly. Instead of showcasing the sophistication of newer technologies, employees need to be taught about the advantages and benefits of working on such equipment. Continuous upgradations of equipment should be provisioned by the governing authorities to not only obtain faster results but also encourage trending practices that best fit the construction site. Only then would the transition into a digital construction ecosystem be fruitful, accepted, and rewarding.

Pype: The ‘Game Changers’ of the Construction Industry

Topcon Positioning Systems: At the Intersection of Field and Office

Identified Technologies: Know When Others Guess

Bricsys: A Step ahead in CAD Technology

SIS Software: Managing Every Aspect of a Project Lifecycle

Kespry: From Nothing to Answers

HomeSphere: A Powerful Digital Platform for the Residential Building Industry

Applied Software: How to Take Field Operations to the Cloud and Back

WorkflowMax: A Highly Intuitive Application for the Construction Industry

Requordit: A New Renaissance in the Construction Industry

Viewpoint: Defining the Future of Construction with Solid Project Solutions

Fieldwire: A Construction App Designed for the Field

Assai Management Consulting: Bridging the Gap between Strategy and Execution

Panzura: Enabling a Globally-Distributed Employees to Work Like They Were in the Same Room

e-Builder: Meeting the Needs of Builders through Construction Management Software

RedSky IT: Software To Avert The Tediousness In Construction Projects

Textura Corporation: Bringing Technology To One Of The Most Concrete Industries In The World-Cons