The advent of Blockchain in the Banking Industry 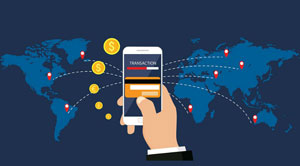 According to recent reports, about 45 percent of financial institutions suffer from cyber threats annually. Such risks are found while making transactions and interacting with stock exchanges. A majority of the institutions operate on a centralized database that is susceptible to cyber attacks. Unlike traditional banking systems, blockchain offers a decentralized system where all the transactions are made through a single ledger that reduces the complexities of using several ledgers.

Blockchain allows users to have access to a constantly updated ledger that cannot be altered. That means making illegal attempts for accessing the system by imitating documents, transactions or other confidential information are next to impossible. Today, the CEOs from financial institutions and banks believe that blockchain technology is capable of revolutionizing the global banking industry. Therefore, banks have started to invest millions in developing blockchain applications as an attempt to reduce the cost structure and streamline their back-office processes. Initially, blockchain was only a platform to build cryptocurrencies such as Bitcoin, and due to its lack of adoption, bankers were unable to gain faith in its capabilities. However, the utilization of blockchain in the banking industry today is considered as an effective way of reducing the possibility of fraud, as investment lenders continue to unlock its true potential.

Since blockchain makes transactions by mere ledger entries, banks can utilize blockchain technology to trim down the time required to settle transactions. Rather than taking some days to validate fund transfers, customers can receive the verification of the transactions in few hours or minutes. As the blockchain technology for banking applications grows, transactions will take place in real time. One of the merits of blockchain is the abolition of duplicate data. Even though multiple users have access to the shared ledger, they all have the same copy. The exact data never exists in more than one location — the shared ledger, so there no need for the banks to settle accounts.

With blockchain at its infancy stage, banks believe it will bring more efficient ways and opportunities in the near future.