The Best Network Security Measures in Use 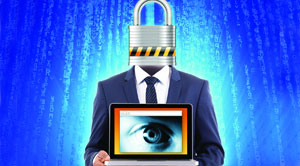 Effective network security system targets various threats and stops them from permeating through or spreading on your network. Networks can be private, such as within an organization, and others which might be open to public access. There has been a widespread and rapid growth in technology in the last few years and simultaneously security has become the most important and widely discussed topic in today’s environment. Nearly every day the media is awash with headlines depicting the latest security breach. Having a robust security measure in place is of paramount importance to get a business up and running in today’s highly vulnerable environment.

With the passage of time the basics of network security has changed and we need to look at some of the tools and processes that have acquired greater importance in today’s interconnected world.

• Firewalls have been around for quite some time and are generally known to be the first line of defense against any foreign threat. The aim of a modern firewall is to check and manage the traffic acting as a membrane to prevent the malicious entities from entering the network. Along the same lines, an antivirus is a very effective tool against any malicious software. An antivirus not only provides security against viruses, but also guards against phishing attacks, DDoS attacks, malwares, and trojans.
• Content filtering is another aspect that is of great importance for enterprises. It denies access when some outsider or an unauthorized person tries to gain access and it acts as an efficient line of defense.
• Another important tool in network security is a sandbox. A sandbox may be defined as an environment for running and testing susceptible programs in a highly controlled atmosphere to prevent the operating system from any harm. It is a relatively new tool and is being used extensively by software professionals.

These modern security tools work on the basic principle of seamless integration of various systems and the amount of data shared between them. This helps them a great deal in identifying the potential threats. The key to all these next-generation tools is that they can work together in tandem by sharing information, thus providing a compact and robust security cover with no loopholes to block malicious intentions.

How to Select the Right Tools

Now the question arises, how to select the right tools and measures that can be used for specific needs and network architecture.

The first thing that that crops up in the mind is the storage of sensitive and critical data. Enterprises should take into account the storage of data—whether it’s stored in-house or in the cloud and decide accordingly. If it’s stored in the in-house data centers, then firewalls and Network Access Control (NAC) are the best available options to keep the data safe and sound. On the other hand, if enterprises are planning to move the data to the cloud, then they should look for firewalls and NACs that are compatible with the cloud and can be easily deployed. Compatibility is of paramount importance here.

Protecting an organization and its resources from users who have an access to the internal network is also an important aspect of any security measure. NAC can help in verifying the identity of the users who are accessing the network, thus preventing a possible theft or danger to the sensitive data.

Another aspect that is equally important is whether the security tools have to be deployed either on-premises or as a cloud service. The increasing popularity of cloud-based security tools is primarily because of two apparent reasons—Cloud-based security makes the role of security administrators redundant and the other benefit of deploying network security measures in the cloud is that they can be easily leveraged according to the needs.

Firewalls and virus scanners have become redundant today and are no longer deemed efficient enough to tackle the growing risks posed by malicious content today. For years, security tools such as traditional firewalls and secure web gateways have worked independently of each other and performed discrete security functions. The concept of a defense-in-depth strategy has become commonplace now where the main idea is to implement overlapping layers of security tools in such a way that it becomes easy to detect threats and thwart them at the very outset. If the threat is able to break through the first layer of defense, then there are subsequent layers of security which are efficient enough to mitigate the threat.

While network security challenges have become much more complicated today, so have the measures and security innovations evolved to tackle these changes. In order to have a secure network in place you need to be aware of the resources existing in the enterprise network environment and the security measures in place. Efficient security measures should be inherent and be a part of the DNA of any organization, only then will it be possible for organizations to move ahead without any roadblocks in this vulnerable environment.