The Emergence of Edge Computing 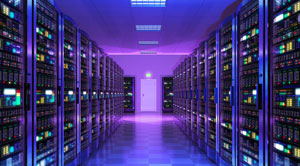 Edge computing is the processing of data from cloud computing at the edge of networks, near the source of the data. This limits the communication bandwidth required between the central data center and the sensors as the analytics and knowledge generation is near the source of the data, if not at the center. As IoT and products that are more connected have taken hold, there has also been a great increase in the demand for high-bandwidth content distribution. These devices— drones, robots, wearables, and self-driving cars, among others, have only further increased that demand and the amount of decentralized data that is generated. As a result, speeds are being severely impacted by the low latency issues that plague data that must travel a distance. The result is we will begin to see more edge computing nodes that aggregate device data. These nodes are self-contained modules, each containing the physical infrastructure that servers and other IT components can easily be integrated into. These nodes help with the split-second latency, which in the long run delivers real benefits.

The modules can either be self-contained within the data center or in non-climate controlled environments like oil and gas, military operations and even other distributed operations. With the ability to be deployed in short periods of time, some as few as three to four months, it is a significant improvement over the months and years that were required to change out legacy data centers. In the future, however, we could even see devices that can process data on their own and upload to the cloud for machine learning, automating the complete process.