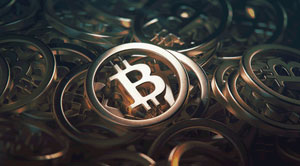 Today, the world is becoming more dependent on technology, and it is transforming the entire ecosystem of human dependence into an online platform with choices. However, the convergence of human thoughts and ideas took place in the virtual world traces back to the twentieth century. There is a peculiar differentiation between virtual and real-world antagonists is that the former one executes from any part of the planet, but the later one thrives n putting his feet on the ground. The magnitude of virtual crimes can be immense as there are no boundaries for internet giving full access to most vigilant groups such as the non-state actors.

With the advent of cryptocurrency and the whole new way of paving transaction is merely an exception in the legion of cybercrime incidents. Coinhive, the crypto-mining malware that usually drains up the CPU power to mining malware proved to be very detrimental for organizations all across the globe. It uses the inbuilt Javascript in order to trespass the computer resource eventually affecting the system performance. It is also evident that in cases some crypto miners have been fused into several top websites, mostly media streaming and file sharing device which can use up to 65 percent of the computing power to generate more power and revenue. It is mostly hidden in websites, enabling criminals to use unsuspecting victims, thereby increasing the imminent threats to an organization.

The desktop version of the Telegram messaging app was converted into a crypto-miner and the users were duped to deliver crypto-mining software and spyware as reported by the Kaspersky Lab. Even the government agencies run by The U.S. and UK were infected by the crypto-mining malware. Browsealand, a popular plugin was edited by the hackers to embed a script to mine Monero; this had set off the attack on the websites.