The face of cloud computing in 2020 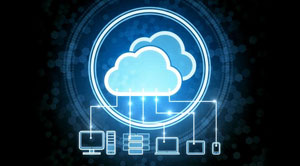 Cloud computing has invaded the technology arena since the last decade. With the development of Amazon Web Services (AWS), any individual can create a website, which is a major milestone. Consequently, the debate focused more on data and possibilities of enterprises post-decentralizing their systems. Amidst a daunting task of grasping digital network of data, the progress of application of cloud is on the rise. Cloud computing is slated to undergo immense growth owing to numerous trends in technology. Initially, the Internet of Things (IOT) was visualized as a rope that tied physical objects into cloud gaining more tangibility.

The prolific developments in hardware in quantum computing in most likeliness predict an increase in computers’ efficiency in future. This kind of computing will enable computers and servers to process information at an inexplicably rapid rate as compared to the present standards. As the cloud is dependent on quick networking without backlogging, this will increase the efficiency in the value of cloud computing.

Machine learning can also be beneficial in cloud computing, as these algorithms can be pretty complex and take time to develop in order to reach a realistic level. They can beneficial by providing stable network connections and they also prevent the website from getting crashed.