The fusion of AI, ML, and Voice in the Contact Center

The fusion of AI, ML, and Voice in the Contact Center 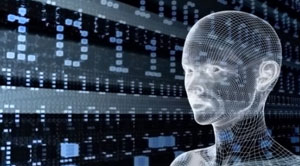 Powerful technologies are fusing in the contact center with artificial intelligence (AI), machine learning, and voice recognition being the focal point in several research, investment, and news services. While it offers great promises in terms of the results they render, the pieces are yet to link together. “Although there is a popular conception among the public that AI just involves someone chatting over a voice assistant, there exists a lot of machine learning and artificial intelligence behind it, in terms of data analysis,” says Omar Javaid, Chief Product Officer of Vonage. Javaid says that a conversation with AI can lead to angry calls, frustration, satisfaction, and other customer reactions.

Similarly, it would also entail the capability to tailor human and vocal responses. “I would say from a technical perspective, we have reached kind of a unique tipping point,” said Cory Treffiletti, the chief marketing officer of Voicera, which just joined the Nexmo network. “Until now, you had to learn the language of a computer to communicate with it. Now we have software with natural language processing, and machines understand what we say. They understand our language. It makes it so you can talk to a machine.”

Google’s Duplex and Vonage’s Nexmo are two great examples that show how far voice recognition has come from its inception. Duplex was introduced in May. Duplex’s best use case would be that of a voice assistant making a hair cutting appointment for her “boss”. It is important to analyze how natural the voice assistant sounds. However, there is a longer lag between when the human at the hair salon speaks and the reply from Google Duplex as compared to a human-to-human interaction. The other flaw recorded was the repetition of the term AM and PM by the assistant at each mention of the time. However, this flaw has been successfully rectified and it's unlikely that the customers would recognize that they are talking to a machine.

CallShaper: The Answer to All Telemarketing Needs