The Future of Blockchain Technology 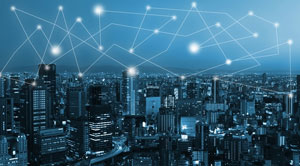 The research analysts, Shaping Tomorrow, have anticipated that blockchain technology will dominate the financial market in the coming years. Global banks are rapidly incorporating the technology owing to its contributions in the security and infrastructure functionalities. Cryptocurruncies like Bitcoin and Ethereum are also gaining grounds as the frontiers of blockchain technology innovation in the financial sector as central banks start recognizing the value of digital currencies.

Digital Identity has become an important challenge in the modern technological world which has often resulted in massive financial losses. Enter –– Blockchain as it helps in tracking the authentication of identities across various sectors like banking, national security and online retailing. With the implementation of blockchain in digital identity, the risks of data breaches and hacking of accounts can be brought down to minimal.

To track basic metadata, companies are working on blockchain powered cloud storage. In simple terms, it is the decentralization of power in cloud services. This gives the user access to excess storage capacity and other services to control the online assets through distributed cloud storage.

The internet voting system encountered a lot of security issues during Germany’s voting period. This witnessed gave rise to the implementation of blockchain in electoral voting system owing to its successful transmission of votes.