The Future of Cybersecurity is in High-Speed Quantum Encryption 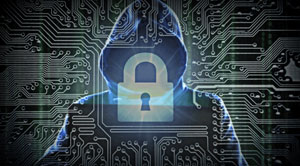 Researchers from Duke University, Ohio State University, and Oak Ridge National Laboratory have explored quantum encryption on a whole new level that demonstrates the potential application of quantum cryptography to ensure the security of computers and the internet. As published in the journal Science Advances, the researchers demonstrated a system using quantum key distribution (QKD), creating and distributing encryption codes at megabit-per-second rates. The process involves putting more information on the light particles (photons) and combining it with high-speed detectors.

As per Nurul Taimur Islam from Duke University, most of today’s existing quantum-secure encryption systems are unable to support some basic tasks, such as video streaming or hosting an encrypted telephone call. But a quantum communication device was developed that made the possible streaming encrypted video by encoding two bits of information on a photon instead of one. This method resulted in the transmission of keys five to ten times faster than current methods. According to Islam, their research team worked at identifying and incorporating the limitations of the imperfect equipment required by QKD, to ensure their system’s security and to prevent any side-channel attack.

With current cyber security measures vulnerable to hacks and breaches and the equipment used by the new system being commercially available, the prospect of integrating high-speed quantum encryption into the current internet framework for cybersecurity appears potentially favorable and promising.